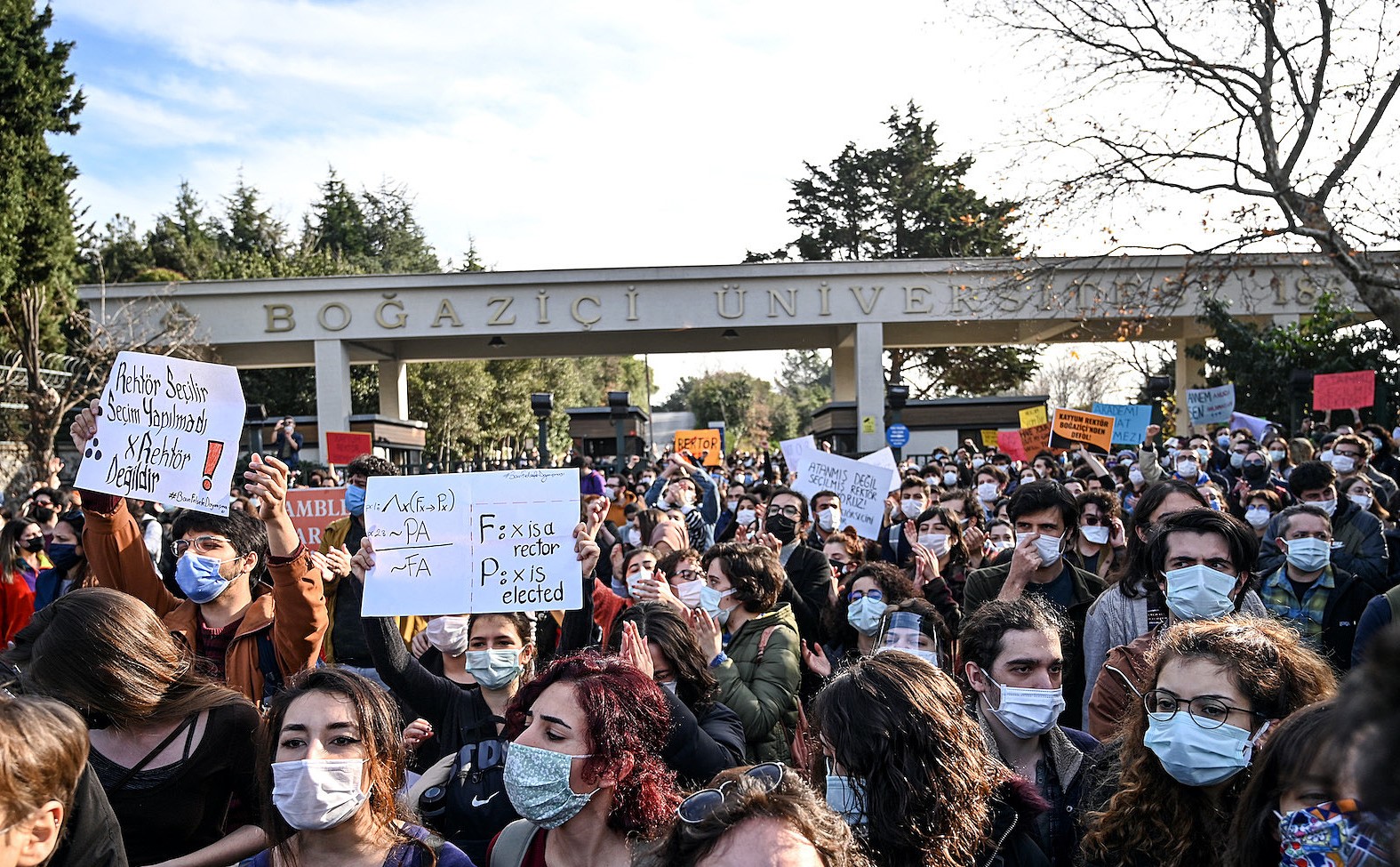 The Turkish state-run Credit and Dormitory Foundation (KYK) has canceled loans and scholarships for about 100 students as they protested against a principal affiliated with the government, the newspaper Cumhuriyet reported on Wednesday.

The students received written notification from the Istanbul Governor’s Office that their funding had been cut and that the payment of their loans would begin from July 2023, Cumhuriyet said.

Protests at Istanbul’s prestigious Boğaziçi University began on January 4, after Turkish President Recep Tayyip Erdoğan appointed Melih Bulu, a former district official of his ruling Justice and Development Party (AKP), as the university’s rector, in a move against the traditions of one of the oldest universities in the country.

Protests later spread across the city and the rest of the country, resulting in a police attack in which hundreds of students were detained, their homes attacked and their supporters branded as “terrorists” by government officials.

More than 100 people were detained in the wake of the protests, and Turkish prosecutors demanded prison sentences ranging from six months to three years for 97 protesters in April.

KYK referred to an executive order calling for the termination of loans and scholarships from students who have been suspended from school for a semester or more, Cumhuriyet said.

On the occasion of the second anniversary of Istanbul’s repeated elections on 23 June 2019, the Istanbul Municipal Council held a festival last night (23 June).

At the event in Harbiye Cemil Topuzlu Outdoor Theater, Ekrem İmamoğlu, the mayor of the opposition-led Istanbul Municipal Council, announced that they would support the students whose scholarships have been withdrawn to protest against Melih Bulu, who was killed on 2 January. 2021 by President and President of the Justice and Development Party (AKP) Recep Tayyip Erdoğan was appointed Rector of Boğaziçi University.

Ekrem İmamoğlu said: “The public body of the university students whose scholarships at Boğaziçi University have been canceled due to their democratic stance is Istanbul Municipality. They can come, their scholarships are ready.”

The student loan and dormitory institution (KYK) has canceled loans and scholarships from at least 100 students when they protested against Prof. Melih Bulu, appointed Rector of Boğaziçi University.

Students have been asked to start repaying their loans from July 2023.

Students, academics and alumni of the university have been protesting against Bulu since his appointment by a presidential decree on January 2, demanding his resignation and election of a new rector.

KYK’s decision was based on section 30 of the Scholarship Ordinance, which provides for the possibility of termination of loans and scholarships from students who have not attended school for at least one semester.