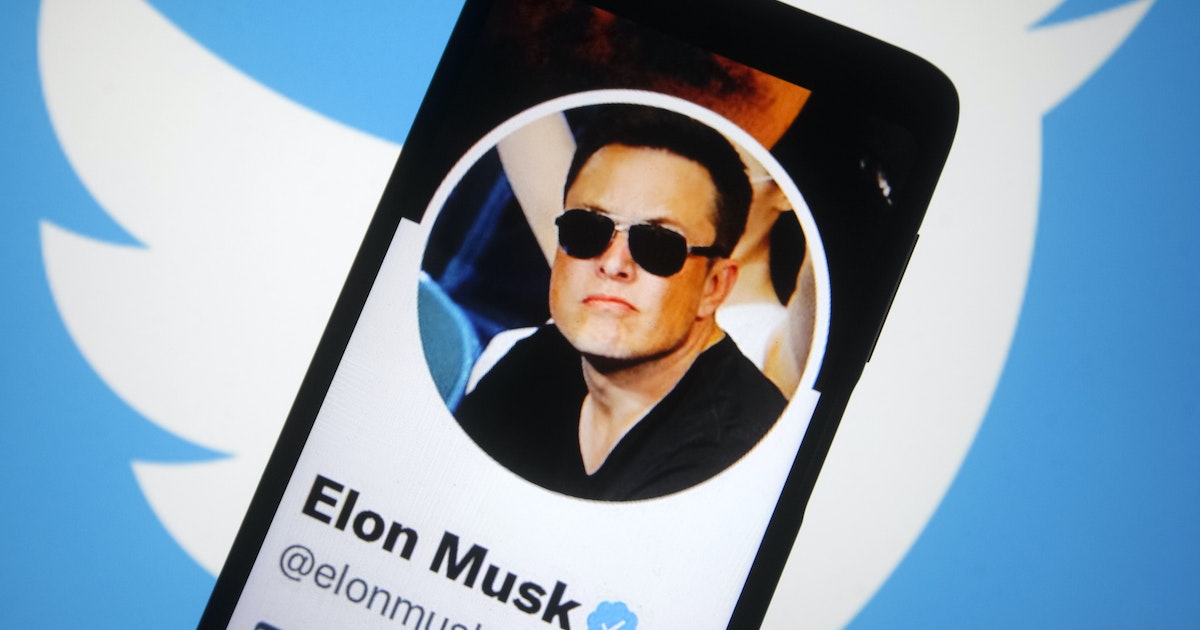 On social media platforms, billions of people around the world connect with others, gain information and make sense of the world. Companies including Facebook, Twitter, Instagram, Tiktok and Reddit collect huge amounts of data based on every interaction that takes place on their platforms.

And while social media has become one of our most important public expression forums, the main platforms are managed by a small number of people. Mark Zuckerberg controls 58 percent of the voting shares in Meta, the parent company of both Facebook and Instagram, which actually puts him in exclusive control of two of the largest social platforms. When Twitter’s board accepts Elon Musk’s $ 44 billion bid to buy the company, this platform will also soon be under the control of a single person.

All of these companies have a history of sharing sparse data on their platforms with researchers, preventing us from understanding the impact of social media on individuals and communities. The fact that the three most powerful social media platforms are owned by only one person gives rise to concern that this exclusion from data sharing will continue. After two decades of little regulation, it’s time to demand more transparency from social media companies.

In 2020, social media was a key mechanism for spreading false and misleading claims about the election and for mobilizing groups that participated in the January 6 storm of the Capitol. We have seen misinformation about covid-19 widely spread online during the pandemic. And today, social media companies are failing to put down the Russian propaganda about the war in Ukraine, which they had promised to ban. Social media has become an important channel for disseminating false information on any issue affecting society. We do not know what the next crisis will be, but we do know that there will be false claims that it is circulating on these platforms.

Unfortunately, social media companies are stingy about revealing data and publishing research, especially when the results may be undesirable (although there are notable exceptions). The only way to understand what’s happening on the platforms is that lawmakers and regulators are demanding that social media companies release data to independent researchers. In particular, we need access to data on social media structures, such as platform features and algorithms, so that we can better analyze how they shape the dissemination of information and how they affect user behavior.

For example, platforms have assured lawmakers that they are taking steps to combat misinformation by tagging content and adding fact checks. Are these efforts effective? Again, we need access to data to know that. Without better data, we can not have a real discussion about which measures are most effective and in line with our values. We also risk creating new laws and regulations that do not adequately address the damage or that we inadvertently make the problems worse.

Some of us have consulted with lawmakers in the US and Europe about possible legislative reforms like this. The discussion about transparency and accountability for social media companies has deepened and become more meaningful, ranging from vague general to specific proposals. However, the debate still lacks important context. Lawmakers and regulators often ask us to better explain why we need access to data, what research would enable it, and how this research would help the public and support the regulation of social media platforms.

To meet this need, we have put together a list of questions we could answer if social media companies started sharing more data they collect about how their services work and how users interact with their systems. We believe that such research will help the platforms develop better and more secure systems, as well as inform legislators and regulators who want to hold platforms accountable for the promises they make to the public.

Research shows that misinformation is often more compelling than other types of content. Why is this the case? What features of disinformation are most associated with increased user engagement and virality? Researchers have suggested that novelty and emotionality are key factors, but we need more research to know if this is the case. A better understanding of why misinformation is so appealing will help platforms improve their algorithms and recommend misinformation less often.

Research shows that the delivery optimization techniques that social media companies use to maximize earnings and even ad delivery algorithms themselves can be discriminatory. Are some groups of users significantly more likely than others to see potentially harmful ads, such as consumer fraud? Are others less likely to see useful ads, such as job openings? How can ad networks improve their delivery and optimization to be less discriminatory?

Social media companies try to combat misinformation by labeling content of dubious origin in hopes of pushing users toward more accurate information. Results of research experiments show that the effects of labels on beliefs and behaviors are mixed. We need to learn more about whether labels are effective when individuals encounter them on platforms. Do labels reduce the spread of misinformation or draw attention to messages that users would otherwise ignore? Do people start ignoring labels as they become more familiar?

Due to the central role they now play in the public debate, platforms have great power over who speaks. Minority groups sometimes feel that their views are being dampened online as a result of platform moderation decisions. Do decisions about what content is allowed on a platform disproportionately affect some groups? Do platforms allow some users to silence others through the abuse of moderation tools or through systematic harassment aimed at curbing certain views?

Social media companies should get help from independent researchers to better measure online harm and formulate policies. Some companies, such as Twitter and Reddit, have been helpful, but we can not rely on the goodwill of a few companies whose policies could change following the whim of a new owner. We hope a Musk-led Twitter will be as forthcoming as before, if not more forthcoming. In our rapidly changing information environment, we should not use anecdotes as a regulatory and legislative tool. We need legislators to ensure that we have access to the data we need to keep users safe.