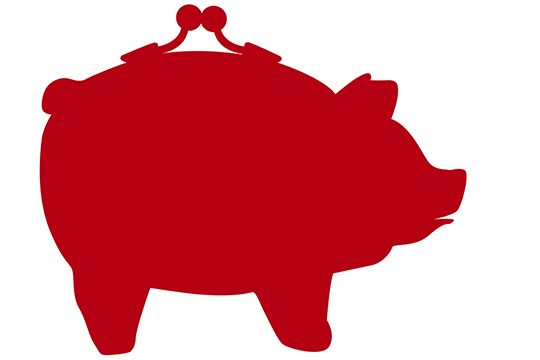 An overwhelming majority in the House of Representatives wants to get rid of the loan system, it turned out last week. But what will replace it, and who will benefit from it?

It was “a very pleasant evening for students”, said Minister of Education Van Engelshoven. According to the student organization ISO, it was even a “big party for students in the Netherlands”. Because the House of Representatives will reintroduce a basic grant.

But sometimes politics is more obvious than reality, and this certainly applies to the two proposals for the basic grant that the House of Representatives adopted last week during the general political deliberations. With those proposals, the basic grant is far from back.

In fact, nothing has actually changed. It has long been clear that a large majority will get rid of the current loan system. It was right in the election manifestos. Only VVD still thinks the loan system is fine.

The current cabinet is not going to do anything about the adopted proposals, so the question ends up on the next government’s plate. Ultimately, different parties will have to sit down with each other to reach a compromise. What comes out of it?

Let us remember why the basic grant was once abolished by GroenLinks, PvdA, D66 and VVD. Their idea was: highly educated people have many opportunities in the labor market and can easily repay such a loan. Why should the butcher contribute to the lawyer’s investigation?

It turned out to be too simple. After all, not everyone becomes a lawyer; young teachers and nurses, for example, who do not earn very much, also have student debt. In addition, college children are quite expensive for middle-income parents.

And what the critics already predicted came true: Some young people no longer dare to take the leap to higher education because of the significant student debt. Fewer MBO students go on HBO.

So GroenLinks, PvdA and D66 went back. But little has changed in their ideals. Their reasoning still applies to that lawyer, and students with wealthy parents probably do not suffer so much from the fact that the basic grant disappears.

Former PvdA leader Lodewijk Asscher has not wanted to reintroduce the new scholarship for everyone, but for young people from “ordinary income” families. And other parties may be able to live with that as well. For example, the CDA wants an ‘income-dependent basic subsidy’. GroenLinks also has such an income limit in mind.

Then there are still lots of questions left. What do the politicians want with the additional grant? And what about students who have missed out on the basic grant since 2015? It quickly costs billions of euros, and the compromise is probably not immediately found.

In addition, the VVD is still the largest party and Mark Rutte will probably remain prime minister, so that party must also be able to live with that. The new student grant is included in the coalition agreement and the Liberals want to keep the amounts as low as possible.

They may not be able to figure it out in the formation yet; it’s already going hard. An old political trick is to set up an advisory committee. He will look again at what is possible with the student grant. The Cabinet will then respond to this, after which the House of Representatives will debate it. Then comes a bill.

Before you know it, you’re two years later. In addition, the Danish Agency for Education must still consider the new student support in the ICT systems. The simpler the new fair, the faster it goes, but it can easily take a year.

The conclusion? It will take a while and the basic grant for everyone will probably not come back. There will probably be a grant for students from families up to a certain income, for example 100 thousand euros. The higher the income, the lower the stock market.

Compensation for (former) students without basic grants is not a matter of course at all. Should one also give money to one without student debt? Or to someone who has borrowed maximum care? And should you also compensate students from wealthy families, or do you not, and will you subsequently check all parents’ income? It will be quite a task.

At the expense of…

And where does all that money come from? Thanks to the cuts in the basic grant, the government was able to spend extra money on higher education. The parties do not want to tinker with this, but perhaps it will happen through an ‘efficiency discount’ or other cuts.

Or maybe politics will cut somewhere else. It is still unknown what happens to the student card for public transport, and who knows, the tuition fees may increase, if necessary only for certain educations. Not so long ago, some parties thought the slow tuition fee was a good idea: Extra tuition fees for slow students.

In short, let the champagne lie a little on the bottle. Although the Folketing wants a new basic grant, it will be a long time before it is available, the price is unclear, not all students will receive it and compensation for the current students is uncertain.