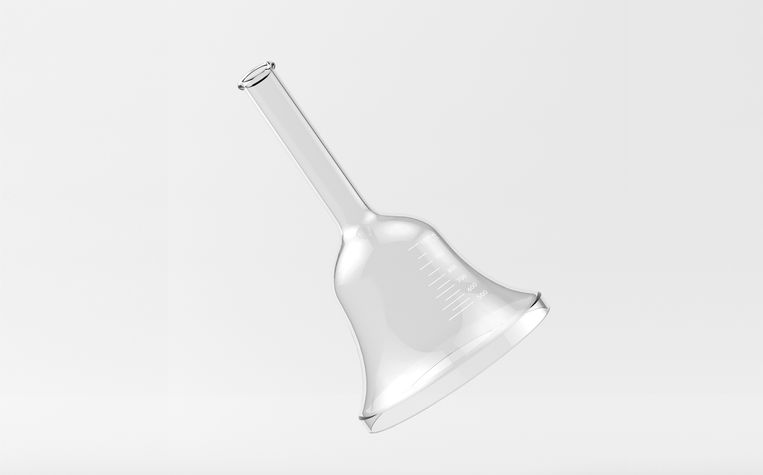 Relief. That’s what dominates Laura Steenbergen, Roberta Sellaro and Bryant Jongkees in early December 2019. After months of secrecy, they can finally talk openly about the scientific misdemeanor committed by their former advisor, cognitive psychologist Lorenza Colzato. drew them in. The university is fully behind them, articles appear in de Volkskrantwhere Steenbergen tells their story.

Shortly before, the Scientific Integrity Committee (CWI) at Leiden University confirmed in a report what they first traveled with their department head a year ago: for example, Colzato Steenbergen, who worked under her, persuaded to take blood without permission from the Medical Ethics Committee . in subjects, she omitted co-authors from publications, deleted test subjects’ results, and compiled results in research proposals.

The case is very exciting inside and outside Leiden, all the more so because it is not just about the culture of science of ‘publishing or wasting away’, and how it encourages some to commit scientific fraud. It is just as much about how dependent young researchers are on their supervisors, which means that they often do not dare to sound the alarm when abuse occurs. Steenbergen, Sellaro, and Jongkees eventually did so only when they were practically no longer working under Colzato.

With the publication of the report at the end of November 2019, the committee was therefore right. Everything is good, ends well? Two years later, two of the three whistleblowers tell their story, which shows how long such a case can continue even after clear conclusions from an integrity committee, and what traces such a thing leaves on victims like her. They still struggle with enormous guilt and lack of trust in others and themselves.

First back to how it all started. Italian cognitive psychologist Lorenza Colzato received her doctorate from Leiden University in 2005 and in the following years built up an impressive list of publications, including on the influence of amino acids on the ability to think deeply and the influence of meditation on creativity and creativity. concentration. She will have her own research group within the department where Steenbergen, Sellaro and Jongkees will work.

The four form a close-knit club, but that’s not only positive. “She completely isolated us from others,” Sellaro says. ‘We were not allowed to have lunch with other colleagues, we were not allowed to go to PhD ceremonies because it would be a waste of time, we were allowed a maximum of two alcoholic drinks for conferences and we had to go to bed early. The first email of my work days came from her: ‘Come to my office.’ Then you got either a list of things to do or a list of insults for everything you had done wrong. ‘

Colzato also plays the three against each other. ‘There were always two girlfriends and a third was a scapegoat,’ says Steenbergen. “At some point, you agree to it. We had sold our souls to the devil. ‘

Within this dynamic, Colzato encourages the three to behave in a way that they know is unacceptable. For Steenbergen, it is most intense to take blood from subjects before permission from the Medical Ethics Committee – something that is prohibited by law. ‘We really can not,’ she says several times, but Colzato keeps talking to her until she gives in. The three also note that Colzato is always on top of the research findings. Others have nothing to say about it and discussion is not possible. Steenbergen: ‘That way she kept full control and no one could get started with her scientific lead.’

in the open air

The straw that broke the camel’s back for the three in 2018 was a question from a new colleague of Steenbergen: ‘Have any of her test subjects ever disappeared from the database?’ Steenbergen has just returned from a year of work at the University of Amsterdam and four months in the US, she and Sellaro no longer work directly under Colzato. Jongkees is nearing the end of his PhD research. ‘Because of that question, I thought: damn, this is really not possible anymore,’ Steenbergen says. ‘It also helped that during my work I had seen how it could be done elsewhere. In a split second, we decided to report it. ‘

The scientific director of the Department of Psychology, Philip Spinhoven, filed the complaint so whistleblowers can remain anonymous. However, based on their suspicion that Colzato would shift the blame (which would later prove to be justified), the three decided to identify themselves as complainants and go public after the publication of the report in late 2019.

The public will not prevent Colzato from appealing the CWI’s decision in early 2020. The National Body for Scientific Integrity (LOWI) confirms the Leiden Committee’s decision in the summer of 2020, but notes that the university should not have lifted confidentiality before the final decision. Now, based on the preliminary report, including details of the relevant investigations, it was easy to find out Colzato’s identity (even before the whistleblowers appeared in the commercial).

Colzato traveled to the University of Dresden six months before the report was published, but remains active in the field. And her husband still works at Leiden University, giving whistleblowers a sense that Colzato still has a connection to Leiden. “My biggest fear was that she would retaliate,” Sellaro says. “She kept putting the blame on us,” Steenbergen says. “I felt so powerless even though we had hard evidence.”

The University instructs its Integrity Committee (CWI) to determine which Colzato articles have been tampered with, in addition to the two that will already be withdrawn. Result: of 53 articles of which they were still able to retrieve the data, at least 15 were found to be fraudulent. Seven of them must in any case be withdrawn, the university has contacted the relevant journals about this.

Striking: The university will not publish the publication of the report in November 2021. university magazine jump discovered the publication in the minutes of a meeting of the Executive Board. Also noteworthy: the list of fraudulent articles has been painted black in the public report, to protect the co-authors and, according to the university, in accordance with the Dutch Code of Conduct for Scientific Integrity.

Leiden scientists express their dissatisfaction with this. This includes epidemiologist Frits Rosendaal, who led the second study. He will notify you via email de Volkskrant: ‘It’s a final verdict. It may take a while for the journals to withdraw the articles, and until then there will be incorrect research results in the public space. ‘

‘It is a difficult decision’, responds Rector Magnificus Hester Bijl from Leiden University. ‘We discussed it with the co-authors, including non-whistleblowers, and opinions are different. And the code of conduct requires anonymity to protect the other researchers involved as much as possible. So I’m still behind that decision. Although we will certainly include this in the evaluation and we will enter into discussions with the parties attached to the Code of Conduct. This case shows that anonymity is not always good. In any case, we should have communicated more proactively about this report. ‘

The whistleblowers were initially relieved that there was no further uproar after the publication of the second report. “I was afraid that my Christmas would be ruined again like in 2019,” Sellaro says. ‘But then I thought: this is not good. Two years have passed and the scientific community does not seem to care about the situation. ‘

The two are disappointed that the interests of individual researchers again seem to be put above those of science. Three journals have not even responded to the request to withdraw from the university, for the others it can also take months or even years if the editors decide to withdraw at all. “When the relevant scientific journal withdrew one of the two articles in response to the first report, Laura and I celebrated,” Sellaro says. ‘We felt more joy than we had ever experienced after an article was accepted for publication. It had cost us so much effort. ”

Meanwhile, Colzato is still working in academia. ‘I think people deserve a second chance,’ says Steenbergen, ‘provided they take responsibility for what they have done.’

Sellaro says he does not even mind that Colzato is still working in science. “But I think she’s probably just supervising young researchers again.”

These are the years of abuse and the incitement to scientific dishonesty within what has come under the skin of most whistleblowers. They both follow trauma therapy. They still feel guilty, towards fellow researchers and towards themselves. “I’m usually very stiff,” Sellaro says. ‘I do not let myself be forced to do anything. That’s exactly why I still can not understand how I could last so long.

Rector Bijl says that she has spoken to her colleague in Dresden, but that it is ‘up to that university to make a decision’. She would not say what considerations she would have made if Colzato had still worked in Leiden.

Precisely because of the way the researchers handle this case, Sellaro now decided to give an interview. “Right now, I feel like the media cares more about scientific integrity than the scientific community itself.”

Why have the two not turned their backs on the world yet? They also wonder about that sometimes. They are no longer afraid of losing publications, their jobs or their reputation – they are inferior to their mission. Maybe that’s why they’re still working at the university, Steenbergen in Leiden and Sellaro at the University of Padua in Italy. “Most younger researchers are going to leave it,” Sellaro says. “But then science cannot purify itself.”

For Steenbergen, this issue contains lessons for everyone in science, about integrity, dependence and what pays off in science. ‘I do not think anyone in Leiden can go on as if nothing had happened. You can blame the system, but we are that system. ‘

Lorenza Colzato has been contacted several times for this article, but she has not responded.