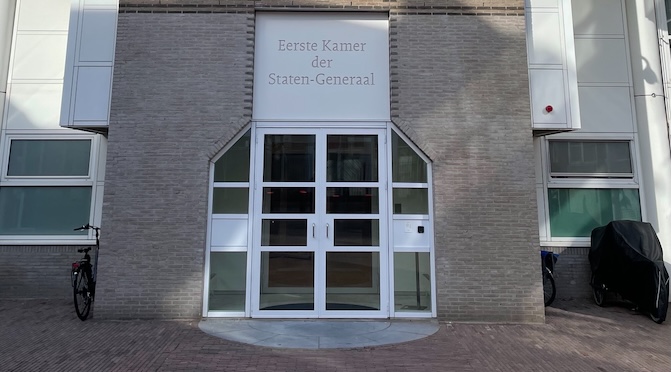 The Senate is currently conducting a parliamentary inquiry into anti-discrimination legislation. A number of discussions were also held, including a discussion on discrimination in higher education. Gerry Wakker, Chief Diversity Officer for the University of Groningen, was invited to this meeting. Wakker noted with relief that diversity policy in higher education, despite opposition from the House of Representatives, is on the agenda more often than ever before.

Two senators ask questions to the Chief Diversity Officer from Groningen, who is also in a national consultation with colleagues from other universities. The first question was about freedom of speech at the University. Can all topics still be discussed?

“I think the university and I strive for you to be able to discuss all subjects. But that you also strive to ensure that the environment is safe for all discussion partners. Of course, that’s easier said than done, “said Wakker. that on. ”

The Groningen Diversity Officer said that discussions with the management show that it is difficult to put these issues on the agenda in the right way. “I think it’s a theme that is getting more attention because of the recent events. How is diversity and inclusion related to academic freedom? How do you ensure that everyone can discuss their own point of view and that others treat it with respect? Maybe we should organize discussions throughout the university, or should we dedicate a board day to this topic? Honestly, we have not gone beyond these reflections. ”

The white man does not feel safe

It appears from conversations Wakker has that even white men feel threatened at university. “This week I spoke to an elderly Dutch white man who is a student with us and who felt out of place. Because he felt that his own position was becoming more and more threatening, precisely because there was so much attention on other groups. ”

According to Wakker, there are several of these men at the university. “He is one of the students and without a doubt not the only one who is not feeling well right now. This is not good, we must also be aware of that, in addition to all our attention to the groups we as a society have identified as the groups we must support. You have to realize that there is also a group of white Dutch men who feel threatened. And you have to be aware of that too. ”

National consultations with other Diversity Officers show that there are also regional differences in terms of diversity and inclusion. “I think all themes are everywhere, but to varying degrees. Our society, both in the city and at the university, is admittedly diverse, but less diverse than in the western part of the country. It makes the problems less visible. When I talk to colored leaders, they say they are much more likely to be alone. It is also not clear where in Groningen allies and aid structures can be found. I think the situation in the western part of the real country is different; in Groningen they are often alone. ”

Last autumn, the Young Academy in Groningen presented a report stating that the social security situation at the University of Groningen was bad. There was intimidation, abuse of power, verbal abuse and discrimination. “What’s going on in Groningen?”, Paul Frentrop from FvD wanted to know.

“This was a Groningen report, but I do not think it is a typical Groningen phenomenon,” Wakker said. “I think it is due to the hierarchical organization of the university, where the structure to the top increasingly consists of traditional western, Dutch white men, who in part continue to cherish the old tradition. It makes it harder for other groups to climb, even if they have those ambitions. And there you often see that things go wrong. ”

The Senate also wanted to know whether specific legislation and rules should be introduced to combat discrimination. Wakker thought of practical things, such as the Basic Education Qualification. “I think it is really important that diversity and inclusion are included in the modules for a Basic Education. If it can be enforced through legislation, I think it would be very good. In addition, all teachers must also complete a compulsory course ‘unconscious bias’ follow. When something happens in a group of students, you know what you can do as a teacher. I think a lot of teachers want to do something, but I do not know how. ”

There must be a common language

Another proposal from the Diversity Officer was to agree on a common language for diversity and inclusion. “What I sometimes think about is, for example, the language you speak to each other. Should not you agree on a framework for it? So the government and we as universities use one common framework. Now everyone is trying to figure it out for themselves. ”

The senators also asked about the guideline for diversity and inclusion in higher education, which was drawn up under the former Minister of Education. This has been diluted by the House of Representatives on a number of important points and it is considered a missed opportunity in Groningen. “The play is written together with VSNU and the Association of Professional Universities. It was also fully embraced by us, we were very happy about that. It was great that there would be a center of excellence. It subsequently founded in the debate in the House of Representatives. They felt that no extra money should be made available, and diversity managers were not really interested either. There is now an advisory board, but with fewer options than we hoped for. ”

Following the outcome of the political debate, it was decided, in conjunction with the Executive Boards, to fully support the diversity policy. “We have all discussed this political outcome with our executive boards. And they all said, ‘if there is no money, then we will do it ourselves.’ “They believe that diversity and inclusion are important. And you also see that it is being expanded everywhere rather than reduced.”