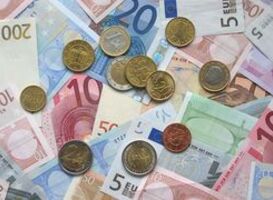 The social loan system, as we know it today for students in higher education, was introduced in 2015. Students who are starting a bachelor’s or master’s program for the first time can borrow money at a low interest rate to finance their studies. . The repayment phase starts two years after graduation. The size of the monthly amount depends on the total debt, interest and income. There is a mandatory repayment period of 35 years and there is still outstanding debt after that period, it is forgiven automatically.

The old system: the basic grant

But how did the old system work, and why did it deviate from it? Until 2015, all students who took a bachelor’s or master’s degree in higher education for the first time were eligible for a basic scholarship, also known as the ‘achievement scholarship’. This scholarship was the same for everyone, but students from lower-income families were still eligible for a supplementary grant. There was one condition attached to the performance scholarship: Students had to have their diploma within a certain period of time. If that failed, the grant was converted into a loan and had to be repaid.

How the social loan system came about

The idea for the social loan system came from the PvdA. This party was of the opinion that the basic grant made the differences between rich and poor greater: Children of rich parents received the same money as children of parents with lower incomes. It should be different, according to the party, so that “the baker should not pay for the education of the lawyer’s son.” Through the loan system, students who needed it could borrow money from the government, but it was no longer a gift for everyone.

This idea could count on the support of GroenLinks and D66, and VVD also saw benefits in the plan, because student funding in this way became more of a “personal responsibility”. In addition, there were to be significant cuts and the introduction of the loan system would provide savings of 1 billion euros. The idea was that this money should then be invested in higher education so that the students could still benefit from it. Despite protests from (student) unions, the student collective LAKS and other political parties such as CDA, SP, ChristenUnie and PVV, the social loan system was introduced in 2015.

We are now almost six years later, and much has happened and changed in that time. Firstly, with the exception of VVD, all political parties, including the initiator PvdA, want to abolish the student loan system again. The system was debated from the start, but as the years went by it was clear that the loan system mainly ensured that the young people were saddled with sometimes sky-high debt before they even entered the labor market. It is still difficult to find a job, and for many starters, more than precarious, temporary contracts are not an option. In addition, the debt makes it difficult for first-time buyers to buy housing. The student loan system has also made higher education less accessible: Research shows that certain groups of students are now less likely to study, partly due to fear of borrowing.

Many of the benefits of the social loan system have not yet been experienced by students: as the money cut in is only released when students start paying off their student debt, they do not see any return on investment in higher education.

It is clear that most parties see the social lending system as a failed experiment. The students themselves are also making their voices heard about this with protests across the country. But how could it be otherwise? According to VVD, the student loan system will continue to exist, but no other parties support this position. It seems that the scholarship will return after the election, but in what form it is not yet clear. PvdA, SP, PVV, PvdD, FvD and DENK want the basic grant, as it existed before 2015, to return. CDA, GroenLinks, ChristenUnie and D66 want a new basic grant with an income limit. Many parties also want students who now or previously fell or were covered by the loan system to be compensated.