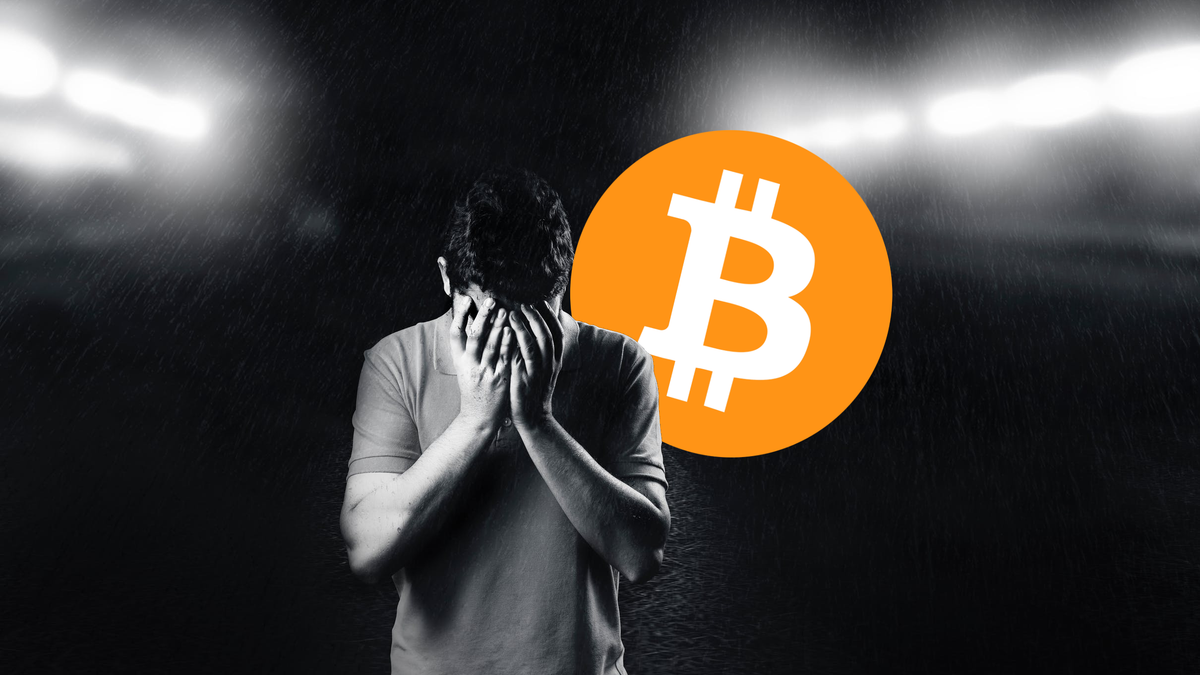 It was not a good week with the race. But panic? I will save you that. In this Bitcoin Focus you can read about what I think about the fall, Arjen Lubach also comes by.

Are you still panicking? sell everything? Make your own decision; this is not investment advice.

Buy Bitcoin easily and quickly at Bitvavo. Get started and pay no trade fees for your first purchase up to € 1,000!

It’s usually a big press moment. Companies are tweeting about it, and it’s getting big on the NYSE website.

And what logo was in the spotlight at the Closing Bell yesterday? Ironically: CORONA. Okay, Constrellation Brands’ beer, not the disease. But I still had to laugh.

My conclusion: people still really and clearly see bitcoin as a risky investment. Not surprisingly, of course, we do not have that long a history and prices fluctuate quite a lot.

It does not surprise me that bitcoin falls when “the rest” falls. If you are a trader and you see your portfolio fall, you may (1) panic and also sell bitcoin or (2) have to make extra deposits to compensate for your losses.

We also call the latter “margin calls”. If you have a position that goes under water, you as a trader sometimes have to pay extra money to keep the position. It takes money. And bitcoin is liquid: you can easily sell it.

In times of panic, people prefer to go for “money”. The dollar became stronger. And gold also rose in price. Second conclusion: it is not yet clear to many people that bitcoin is better money. See the next paragraph on this.

I have not done anything myself. Nothing sold, not even bought. If you get shaved, sit still, they say. And I did not have any euros left to buy more, so I could not do much either …

On May 5, there was a broadcast of the Evening Show with Arjen Lubach. On YouTube, the clip was posted about “Crypto”.

Lubach has a section where he settles for “Dumb Things”. He calls cryptocurrencies stupid and he wants it to stop. Some valid points have been made about influencers, scams and hype coins.

Lubach sweeps all “Cryptos” in a pile as “stupid things”. To me, throwing all the coins together is like throwing the baby out with the bathwater: the good sides are completely ignored. In recent years, I have seen enough good sides of bitcoin to not want to deny the world this improvement.

Furthermore, the good sides of Bitcoin are also completely ignored and more factual inaccuracies are brought to the fore.

On BTCWiki (in honor of this newsletter) I have made a statement about what I agree and disagree with. You are reading this.

Bitcoin is now dealing with today’s problems. Big losses in the stock market? Bitcoin is on its way.

It does not surprise me. You also do not have to worry about it.

What I wonder is when people start to realize that our problems are largely due to the extreme amount of money that is being created.

I’m pretty sure we would not have had the problems in the economy (inflation, low interest rates) if we had set a bitcoin standard.

It should probably go wrong first (and bitcoin also goes down a bit too) before people see that we need to do something else. So far, (market-wide) confidence in the euro and the dollar is still high.

As an investor, you can make money if you later turned out to know better than the market. If you do not go with the crowd, but make different choices. I’m still convinced that Bitcoin is the better system. I will wait patiently.

It’s the most unattractive name for a product I’ve seen in several months: nostr.

But the idea is fine: a censorship-resistant social network without a central party / server.

Now that Twitter has been taken over by Elon Musk (with money from Coinbase, strikingly!), There is more discussion about how we should handle social networking.

The Nostr system is built around secret keys. We also know this from Bitcoin. With Bitcoin, you can spend money if you can prove that you own them with your secret key, and you can sign messages with the key to your bitcoin address.

At nostr, your key is your identity. To send a message, sign it with your key and forward the message to a forwarding server (“relay”). You do not have to rely on those relays, because it is ultimately the recipient of a message who checks if the message was actually sent by you (with your keys).

I think this is an interesting development and will definitely continue to do so!

One of the biggest problems with Lightning for Node Administrators is that the database is growing too fast.

If you process a lot of payments, the writing space can increase to hundreds of megabytes per hour. Not ideal!

This is especially true of LND, the most widely used Lightning node software.

A few hours ago, the start of a solution to this was “merged”, in other words: someone made a proposal to improve the problem, and the proposal was accepted. That suggestion is (obviously) new code that makes this problem better.

The new code is now in the “development environment”, will now be tested and will be released in a new version of LND. Good news for me!

“If you’re halfway through a halving, are you in a neighborhood?”

No, that’s bland. What happens: the halving comes. With a halving, the reward of the miners is halved. Where they now get 6.25 bitcoin when they find a block, after the next halving it will go down to 3,125 bitcoin per block.

The halving will take a while, but we are halfway there. The time has come around May 2024.

Technically, it is not exactly every four years, but every 210,000 blocks, that such a halving occurs.

As bitcoiners, we always find reason to party!

To make money and immediately spend it on expensive things: we call it High Time Preference. You would rather have things now, rather than money later.

If you start thinking more about investing and money, it is very possible that you will develop a Low Time Preference: rather save, invest and (in this way) make money.

Many bitcoiners are leaning towards the latter: postponing short-term pleasures and putting more emphasis on the future.

Therefore, I thought it was fun to read that luxury fashion company Gucci will start accepting bitcoin.

Do you use your bitcoin on designer clothes? No thanks, I would say. I do not think at all that this fits the ethos of bitcoiners. It’s at least a little more acceptance, and that’s nice!