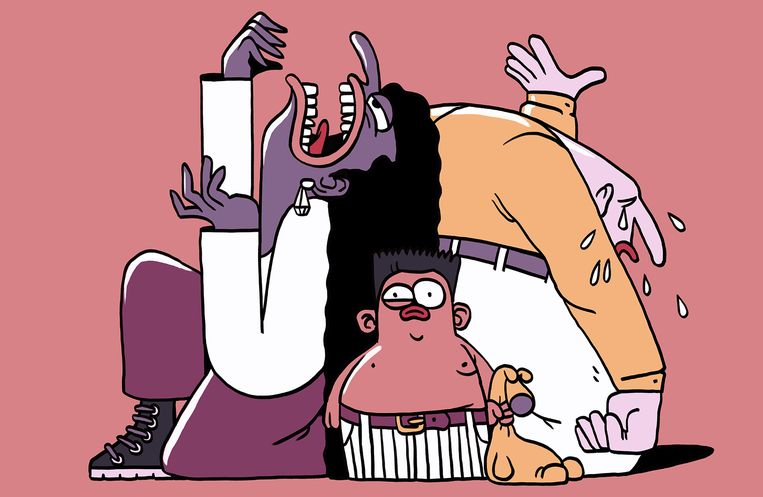 Get the message across together

Tell the children together that you are falling apart. “You will be amazed at how often I hear one of the parents slip out in the evening while watching TV,” says Sophie Mulder of the youth organization Villa Pinedo, where children of divorced parents can tell their story and get help from volunteers. . Parents need to realize that their children will never forget this moment. “Later, they will know exactly the time, what day it was, and where they were,” Mulder says. “Bring this conversation together. You have this conversation as parents, not as former partners. Take care of your posture. Sit next to each other and look at each other when the other person speaks.”

Choose a good moment and prepare

“Plan the conversation. The start of the weekend is a good time so that a child has time to process everything,” says Inge van der Valk, educator and expert in divorce and co-parents at Utrecht University. ‘Do it at home. Then the children can go on their room if they will. ‘

Practice the conversation in advance. ‘There’s nothing more annoying than parents getting into an argument at that very moment,’ says Mulder. It is good for children if a clear reason is given for the divorce and if both parents support this story. “You do not want them to hear anything from mom but from dad. Because then they have to compromise between both parents: who do I believe in and who does not? One wants to avoid such a conflict of loyalty. ‘

Such joint preparation is easier said than done when having a fight, by Van der Valk. ‘Try to make a compromise without details. Both parents may want the children to understand the divorce on their part, but you can not expect that.

At first glance, it seems like a nice message: ‘Mom and Dad don’t like each other anymore, so we separate.’ Still, there is something to argue against, says Van der Valk. “Children may think that love can end: soon Dad will not love me anymore either.” Rather talk about falling in love. “Mom and Dad are not in love anymore, and that’s why we do not want to be married anymore.”

It is also important to emphasize that parents are divorced as love partners, but not as parents. “Say: we have chosen you together and will be there for you together,” says Mulder.

Make it clear that the children are not to blame

Children often blame themselves for a divorce. ‘They think they have behaved awkwardly or demanded too much attention,’ says Van der Valk. ‘Parents are not always aware of it, because you do not see it directly in a child.’ Emphasize that divorce has nothing to do with the children. Parents sometimes forget that. “During the divorce process, they are often more focused on themselves, according to research. Teachers often know better how a child feels than the parents. ‘

One child slams, the other has a hundred questions or goes straight into solution mode. ‘When my father and stepmother separated, I remember my half-brother’s dry observation:’ Then Dad had to go and live somewhere else. ‘ It seemed like it did nothing for him ‘, says Sophie Mulder.

Parents are better able to absorb and understand their child’s unexpected feelings if they themselves are a little used to the new reality. “If one of the parents can not say anything during the conversation because he or she is crying, it may be better to wait a little longer.” According to Mulder, there is nothing wrong with showing sadness, but children should not get the feeling that they have to take care of their parents.

One conversation is not enough

Children are sometimes so surprised by the message that they are left with all sorts of questions later. ‘I often hear parents wonder what’s going on inside their child. Ask for it! ‘, Mulder suggests. It’s not a matter of conveying the message once, and it is. ‘Emphasizes that they can always take it up. Even years later. ‘