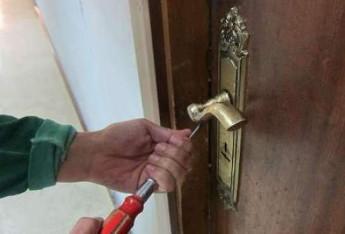 Last week, Almería National Police dismantled several marijuana plantations in a characterful residential building on Calle Reina in the provincial capital, arresting ten people living in the building illegally. One of these apartments, as published by IDEAL on Friday, is for sale for 73,000 euros. It includes ‘okupas’. “Illegal housing” is therefore on the notice on a recognized housing portal.

This is not an isolated case. Similar ads can be found in other parts of the province. “For sale with squatters,” reads another ad on another website for a 113-square-foot apartment in El Ejido, available for 52,000 euros. Twenty properties are advertised on the same website in the same situation as the one in El Ejido.

Situation that ‘hurts everyone’

“Houses with squatters are mainly owned by banks,” says José Miguel Clemente, a real estate expert with extensive experience in this situation, who in his view “hurts everyone” because it causes the market to devalue. “If the bank does not have occupancy issues, they could just sell the houses,” he explains. He goes on to say that they are lowering prices considerably because otherwise there would be no sales anyway. “This affects banks, investors and those who want to own a house and can not buy,” he says.

Pisos.com, Idealista or Milanuncios are some of the platforms used by individuals and professionals to advertise these properties. Ads of houses with squatters here alternate with ads of houses without problems with illegal habitation. But there may be many more, says one of the aforementioned professionals from the real estate sector in Almería.

But who buys a house with squatters in it? “There are people who see a business opportunity. Average investors who think they can evict the settlers to sell the homes for far more money later,” says one of the experts.

There are also mutual funds that specifically focus on this type of acquisition. As an example, Clemente points to a case of a 14-family building – “all occupied” – in Campohermoso (Níjar). It was bought by a foundation that then offered the same residents legally to take over the homes. “I think they sold six of the apartments that way,” he notes.

On the same sale and rental ads advertise companies that specialize in rebuilding squatters. A growing but very controversial market in Spain. “During the pandemic, even beach huts were occupied,” the real estate agent says of one of the reasons for this scenario.

See also: Help, my house in Spain has been razed! What now?

According to him, more and more people from Almería are choosing to secure their homes with ‘anti-squatter’ doors and with security and alarm systems.

However, the ads displayed on the aforementioned sites and linked to inhabited homes are not limited to anti-squat or eviction service providers. More and more companies are also offering to buy the homes directly, including illegal residents. “If you have a house up for grabs and you do not know what to do, selling is one of the best alternatives out there right now,” reads the information page on the Urgecompraventa website.

This company brings “peace of mind” to salespeople. They avoid their maintenance costs and “waiting times and complications that come with the whole legal process”. It is clear that “the current legislation protects the resident better than the owner”.

This company is just one of many engaged in similar activities in Spain, some of which combine deferrals, brokerage or administration with the sale of this type of property. Such is the case, for example, with Fuera ya, which reveals several cases in different parts of Spain on its website.

In addition to the companies that offer to invest in residential housing, there are ads for investment companies that are dedicated to buying houses “in difficult situations”, which they define as foreclosures, auctions and of course illegal occupation. “We offer you the solution you need to get out of this appalling situation,” says one of these companies in his ad.

José Miguel Clemente from Real Estate Expert talks about how property sales close at almost ridiculously low prices. “Recently, an inhabited house in Cerro de San Cristóbal (in the city of Almería) was sold for a thousand euros,” he says, pointing out that everyone who sells at these prices does so, “because they are desperate and out of trouble. “wishes.”

This house, like many others, was owned by a bank. Clemente also points to other types of situations that occur in vulnerable areas of the city. Here keys are “sold” for a certain amount and when the owner wants to sell the property, it turns out that it is inhabited.

The number of squatted homes rose sharply in 2021

In February, we wrote here that by September 2021, the number of squatted homes in Spain had increased by 18 percent to a total of 13,389 cases. And that is only the known and registered cases. The official statistics, reported by Europa Press, confirmed the upward trend of this phenomenon in 2021. The trend coincided with the instructions from the Attorney General and the Ministry of the Interior from September 2020 to tackle burglary and hacking.

What to do if your home is busy?

As soon as you discover that someone is staying illegally in your home, call the police immediately and seek legal help. Do not interrupt immediately for supplies, such as gas, electricity and water, because then you are – no matter how contradictory it sounds – in violation. Via the app ‘Alert Cops’ from the Spanish National Police and Guardia Civil, you can immediately report a home robbery.