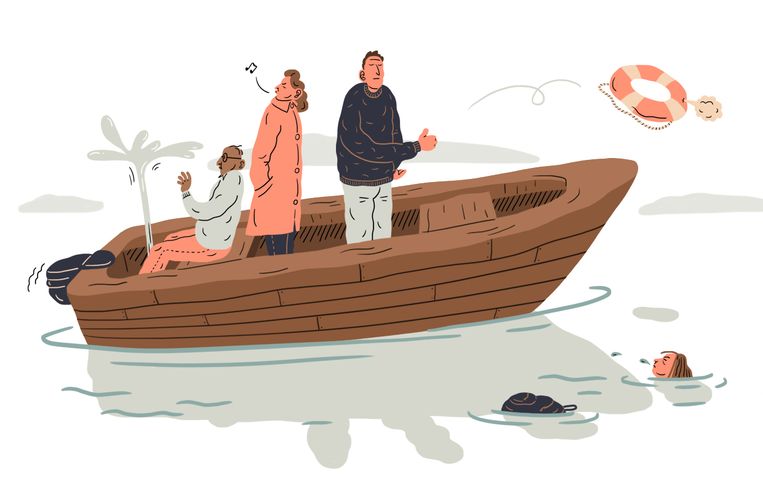 The number of parties withdrawing their hands from the loan system in its current form in their electoral program is growing. What alternatives are there and what are their pros and cons?

When the basic grant was abolished in 2015 after much discussion, it did not look like it would return immediately. All students first received money from the government, which after successful completion of their studies would be converted into a gift, after 2015 they had to borrow this amount. Scrapping the basic grant would yield no less than 1 billion euros, even though that amount turned out to be a little too rosy in reality. PvdA and VVD were the architects behind the loan system, which was established with support from D66 and GroenLinks. In 2020, only VVD is still in favor of the original plan. What now? Four alternatives, weighed by professor of study economics Hans Vossensteyn.

No, returning to the old basic grant is not an option, says Vossensteyn. “It was a generic grant for everyone who went to study, including people whose parents could afford to pay for their studies. The upper middle and upper class are strongly overrepresented in higher education. Not everyone needs a scholarship. ”

Another option is to increase the amount of the additional grant. It is actually a scholarship in itself, but for students with parents who do not earn that much. Currently, it is a maximum of around 400 euros per month, a gift if you graduate within ten years. Several parties could extend the requirements for this, several parties suggest. D66 proposes that students whose parents earn up to 70,000 euros a year are entitled to a scholarship of up to 400 euros. According to the party, six out of ten students would thereby receive a scholarship. Together with SGP, D66 entered into a so-called ballot agreement last weekend, where both parties agree to stand for middle-income people. GroenLinks sets the limit for a student scholarship with a family income of more than 100,000 euros per year. PvdA and SP also want a broader supplementary grant, although the conditions for this (yet) are not clear.

A higher additional grant seems to Vossensteyn a good idea. “Other countries, such as Belgium and Germany, also have such a system.” However, he thinks that a limit of 100,000 euros is very high. “Then you give 70 percent of the students a scholarship, which is pretty much all. It’s a waste of money. Other students need the money much more. ”

A reform of the tax and benefit system

One can also reform the tax and unemployment benefit system so that there is money left over. You can share the money between the population, including students. In short, it is the plan for ChristenUnie, which aims to provide students living away from home with a ‘study allowance’ of 500 euros a month, provided they do not earn more than 20,000 euros a year. Students living at home receive 300 euros depending on the parents’ household income. D66 has a similar plan. Replace the ‘complicated reimbursement system’ with a tax rebate, the party writes in its election proposal. Those who earn too little to pay tax will be paid this amount. It should give most students a grant of 300 euros.

It does not seem like a bad idea for Vossensteyn to make the government ‘a little slimmer’. “If the politicians can really realize it, and some money is flowing back to the students this way, that’s great.”

It remains to be seen whether the plans from the electoral programs will actually be implemented. Should the loan system turn out to have come to stay in the next coalition, one can see whether repayments on the student debt can be arranged differently, for example through tax. Tens of thousands of euros in debt can weigh heavily on people, says financial economist Jac Kragt, so why not make them pay an extra half percent in taxes instead? Such a low tax rate is manageable and spread throughout life. Those who earn more automatically pay more tax. In this way, people with low incomes are spared. Young people can also take out a higher mortgage after graduation, says Kragt, because their student debt no longer hangs over their heads like the sword of Damocles.

“One already sees such a student tax in countries like Scotland and Australia,” says Vossensteyn. “The downside is that if you start earning a lot, you pay back more than you ever spent. Such a treasure lasts the rest of your life. Then the question is whether it is not more advantageous to repay a loan. ”

GroenLinks wants ‘start-up capital’ of 10,000 euros for each young person

Following an idea from the French economist Thomas Piketty, GroenLinks comes up with a plan for a ‘start-up capital’ for every 18-year-old, for studies or their own business.

Is the loan system really that big of an obstacle for students?

Opponents of the student loan system say it hampers young people’s opportunities for the future, encourages class systems and does not invest the money in education as promised. Are these arguments correct?