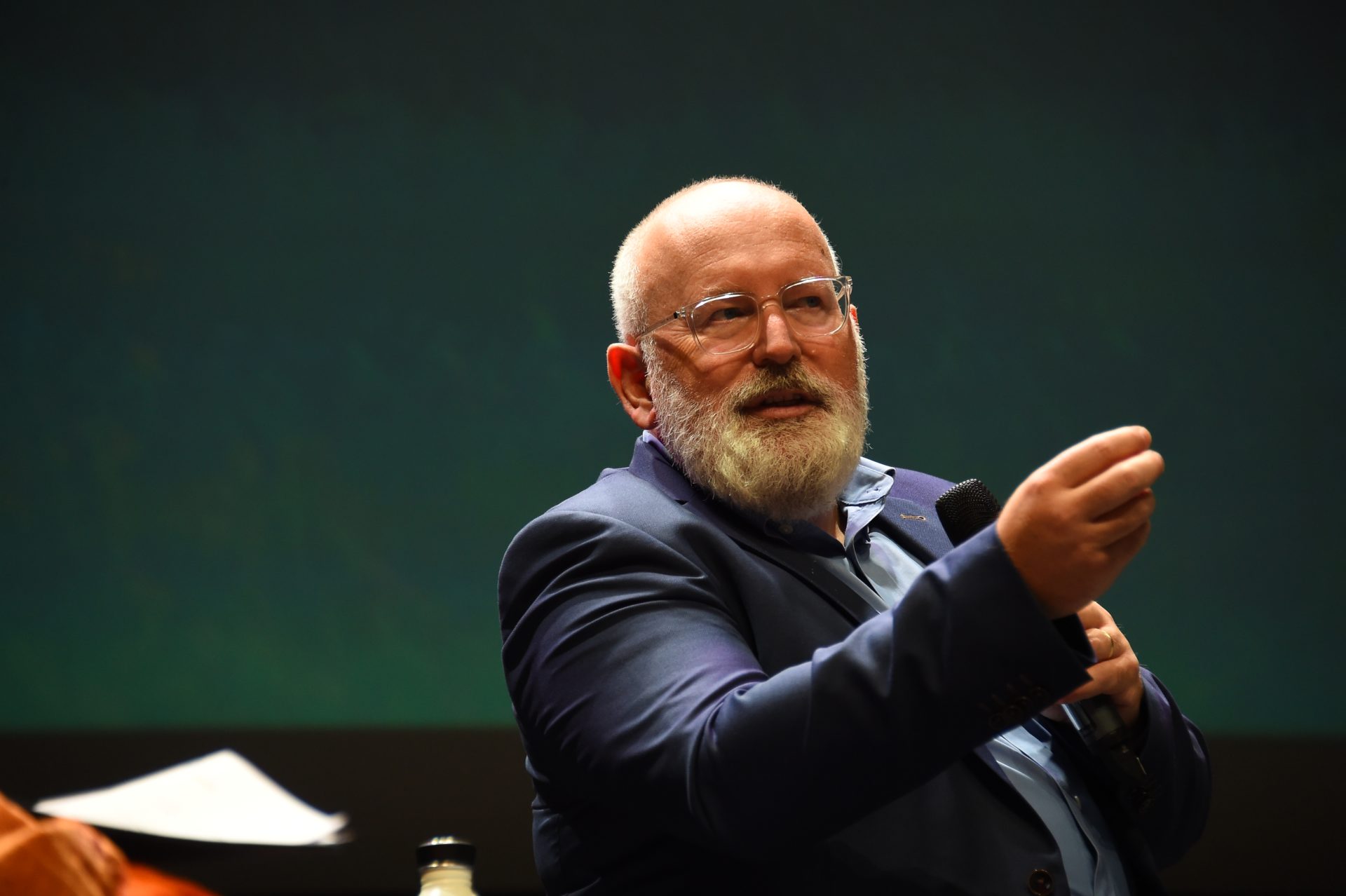 EU Commissioner and former Radboud student Frans Timmermans (61) today received the Nijmegen Peace Medal. For his ‘commitment to peace and cooperation in Europe’.

Does not it feel a little uncomfortable: to have a peace prize in times of war in Europe?

‘Not uncomfortable. But it forces me to think very deeply: how do we ensure that peace returns? How do we give perspective to everyone who is in this terrible situation? ‘

Peace in the Nijmegen Medal

The Peace of Nijmegen Medal is an award given once every two years to an internationally leading player who has made a special contribution to Europe. The award is named after the European peace treaties concluded in Nijmegen and elsewhere in 1678 and 1679. The medal is an initiative of Nijmegen Municipality, Radboud University and the chip manufacturer NXP, with support from the Ministry of Foreign Affairs.

What does this award mean to you?

‘I see it primarily as a recognition for my great teacher, politician and top diplomat Max van der Stoel. I was allowed to stand on his shoulders. He taught me: Even in the most stable, most secure democracies, freedom can come under pressure. Here too. If the lie is big enough, people will sooner or later believe it. Peace and security can never be taken for granted, they require constant fine-tuning maintenance. ‘

You are a man of solidarity and the rule of law. Do you feel in your heart that we are failing the Ukrainian people?

‘No, I really do not think so. On the contrary, I find it heartwarming that Europe shows solidarity with the four million Ukrainians displaced. Of course, there is frustration that we can not intervene. I have a personal connection with the country and the people there. This war makes me extremely sad. ‘

But we pretty much keep an eye on it.

‘I tend to disagree. President Zelensky wants money, support and weapons. He gets that too. If I put it all together, he has now received 60 billion euros in financial support. That’s about as much as the Russian defense budget. But no, we will not attack. Then you risk a third world war «.

“We have to show that we do not let ourselves be separated. That we stand in solidarity ‘

You said this week about the war in Ukraine: ‘We will feel the consequences of the Russian invasion in the coming generations’.

“The Ukrainian people are facing total barbarism. Such deep wounds are inflicted. It is not over when the shooting stops. We must accept that there will be a longer period of instability in Europe. Reconciliation takes decades. Think of Germany after World War II. ‘

You have met Putin several times before. What happened to him?

‘I see a man who first used the idea of ​​a great Russian empire primarily as a tool to unite the great country. Then he began to seriously believe in that ideology. He must have thought: I’m now almost 70, now our oil and gas are still worth a lot of money: if I ever want to restore the old Russian Empire, I must do it now. I think.’

Should we be afraid of the Russians again, just like during the Cold War?

“At least we should not give the Russians any reason to believe that they can rule the day here. It’s different than being scared. We must prepare well for any threat. We need to be in control of our defense. But much more important is that we show that we do not want to be played apart. That we show solidarity ‘.

We need to get rid of Russian gas. We can not do all this with sustainable energy. This will make a delay in your European climate policy seem inevitable.

‘New. We just want to speed up! Now that energy prices are so high, I notice the need in all Member States to switch even faster to wind and solar energy. We can never again afford to become dependent on such an unpredictable energy supplier. ‘

Dutch environmental organizations criticize the awarding of the Peace Medal to you. Because you consider burning biomass as green energy. This would be accompanied by ecological abuses.

“They are missing the point. We can not make the energy transition without biomass! It must be the right biomass. Not like in the past when whole trees from Estonia were torn down and ended up in Dutch incinerators. Therefore, we have changed the legislation. It must be scrap wood ‘.

Today you return to Nijmegen, where you studied at the university from 1980 to 1985.

“This city has shaped me. I fell in the midst of the occupation riots and an occupation of the Erasmus building. It was a period of political consciousness for me. For me at university, it felt like my head was opening, like coming out of a cage.’

In Nijmegen, as in many other towns and villages, live hundreds of Ukrainian refugees. What message do you have for them?

‘That there is hope. It is clear to me that Putin cannot win this war. This is his Waterloo. This torment will come to an end. What do I base it on? I am inspired by the unprecedented courage of the Ukrainian people, who are defending themselves at all costs. A people that fights for the democratic values ​​we stand for, and is even prepared to die for, deserves our continued support. ‘

This article by Harm Graat and Niek Opten is in Gelderlander today.