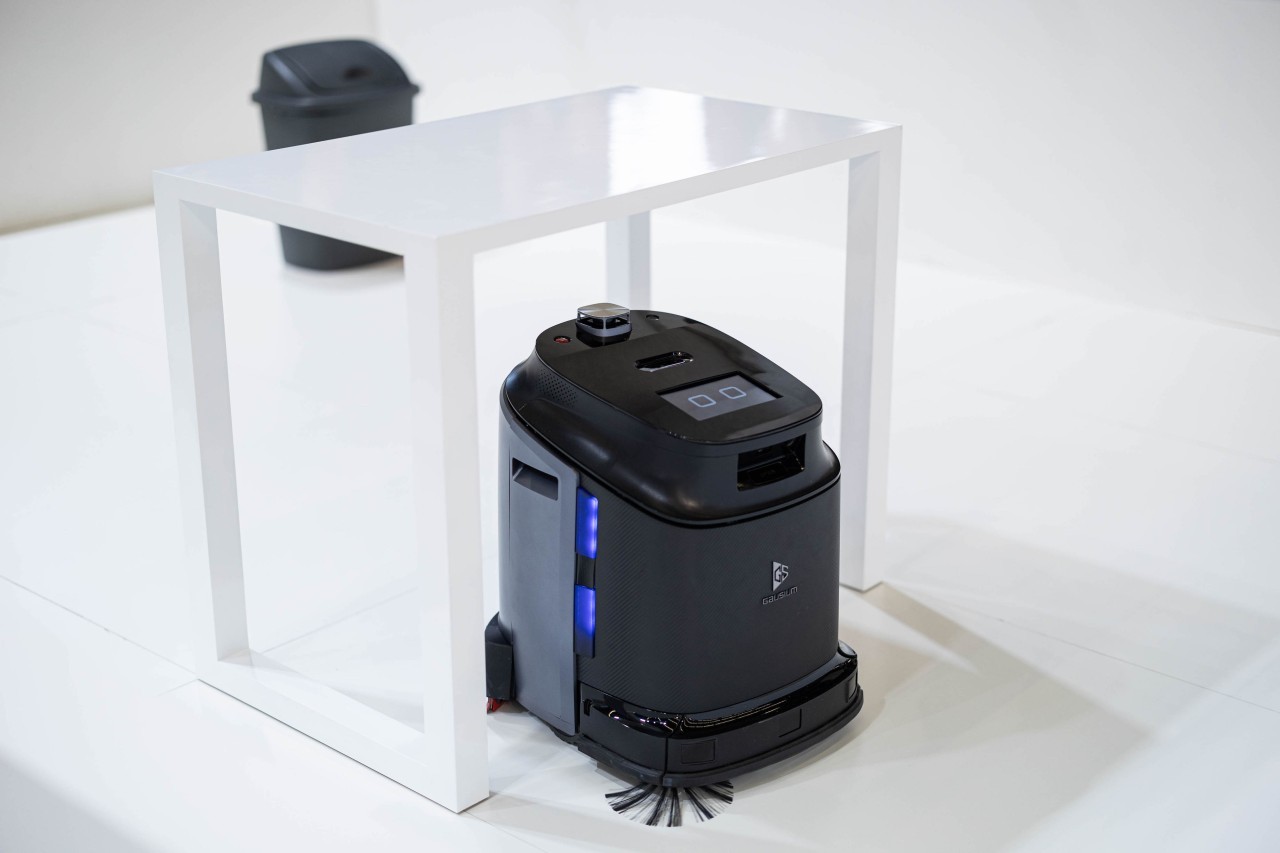 Kwestro was pleased to once again be able to show visitors what the company does. “For three years we could not show how far we are with technology. Interclean is therefore the perfect stage to show how far we have come with the development of today’s robots. ”

Gaussian Robotics has not exactly stood still in recent years and announced its new name during the trade fair at RAI Amsterdam: the company is now called Gausium. Regarding the vision behind the name change, Kwestro says: “The new brand represents 3I’s vision for the company: innovative, intelligent and industry-leading. Gausium innovations are developed according to the 3S principle: smarter, safer (safer) and simpler. “

The name change attracted attention, but even more attention was given to Gausium’s latest innovation, the ‘Phantas’. The robot integrates four cleaning methods in a very compact design. Kwestro: “The user can choose between vacuuming, scrubbing, sweeping and dusting. In addition, the robot is completely autonomous. Simply press the start button and through artificial intelligence, Phantas learns about its environment and makes its own mapping. Without any human intervention or intervention. The compact design allows for cleaning in tight spaces, such as under tables. This makes the robot suitable for offices, apartments, hospitals and shops. We are proud to have already won an award with Phantas, the Red Dot Design Award. A prize that has been awarded annually since 1955 by the Design Zentrum Nordrhein Westfalen in Essen. We are now in line with Apple and Sony. “

Gausium employs more than five hundred R&D engineers who are constantly looking for improvements and innovations. Kwestro: “After the introduction of Phantas, we now have thirteen robots in our range. Robots for large outdoor areas and sweeping robots. For department stores, but also in hospitals and smaller areas. ”

winner of the innovation award

During the first day of Interclean Amsterdam, Gausium won an Innovation Award in the Smart Technologies & Digitization category. “We are very happy about it and proud to have won the award with the Scrubber 50 Pro. This is the first time that a Chinese company has been nominated at all and can also take home an Innovation Award. It is a three-in-one robot, and it integrates scrubbing and drying, sweeping and mopping.In addition, the robot has stain cleaning.The robot scans the environment and only cleans the floor where debris or stains are detected.This results in an efficiency improvement that is four times greater and reduces energy consumption by only clean where necessary. ”

Market leader in the service industry

Phantas is only the beginning of the development that Gausium wants to make in the coming years. The company aims to become the market leader in the service robot industry by focusing on a smart service platform and a service robot ecosystem to optimally serve customers worldwide.

“Like Gausium, we are now in line with Apple and Sony”

After a three-year absence, Gaussian Robotics grabbed Interclean Amsterdam with both hands to show the development behind the company. The manufacturer of innovative cleaning and service robots announced a name change and presented its latest innovation ‘Phantas’. “We are now in line with Apple and Sony,” said Global Business Development Director Peter Kwestro.

i-team and Avular present their new Joint Venture: i-botics BV, located in the world’s smartest region, Brainport Eindhoven. Together, they want to conquer the market for industrial cleaning by bringing innovative cobot solutions to market.

The manufacturer of innovative cleaning and service robots Gaussian Robotics announces its name change in the run-up to Interclean Amsterdam: the company is now called Gausium. At the largest cleaning event in the world, the company also presents its latest innovation ‘Phantas’. Both developments are part of the company’s new multi-brand strategy.

The first day of Interclean, May 10, 2022, was dedicated to the presentation of innovation awards, a roundtable discussion on sustainability and the first news that visitors could discover. Including many robots. Lots of robots.