The gas price this morning is at the price level that was closed on Monday at Title Transfer Facility, the Dutch gas trading platform. In this new crisis update a gas graph, but also especially attention to a follow-up to the call that was already shared yesterday, this time specifically from Greenhouse Horticulture Holland.

calls
Yesterday, in the run-up to a new LNV parliamentary debate, there was a new call on the representative’s website. Greenhouse Horticulture Holland writes: “More and more European growers are being protected from the serious consequences of the war in Ukraine. More member states are already giving their growers access to European support measures and supplementing these crisis budgets. Dutch growers do not have this. This has this. Leads to unfair competition in Europe and puts further pressure on Dutch greenhouse horticulture. “

Greenhouse Horticulture Netherlands calls on the government to set up a guarantee loan, use the EU support package and co-finance the European crisis reserves to prevent the light in the greenhouse from going out. Until now, it has been with a letter from Minister Staghouwer from The Hague about the course that The Hague has chosen. Support measures, let alone financial compensation, have not yet come to fruition. So far, it seems that The Hague is letting the sector find out for itself. In that case, it appears to be a survival of the fittest, and it cannot be ruled out that the breeders will (further) stop.


The gas price for ‘winter 2022’ until 16 May at Title Transfer Facility, the Dutch gas trading platform. This morning around kl. 11 at similar levels. See the current prices here.

The energy issue is a problem in the sector, but so is the work. Breeder Robert van Meer gave his input to the House of Representatives on solutions to labor market shortages in the agricultural sector yesterday, he shares on LinkedIn. 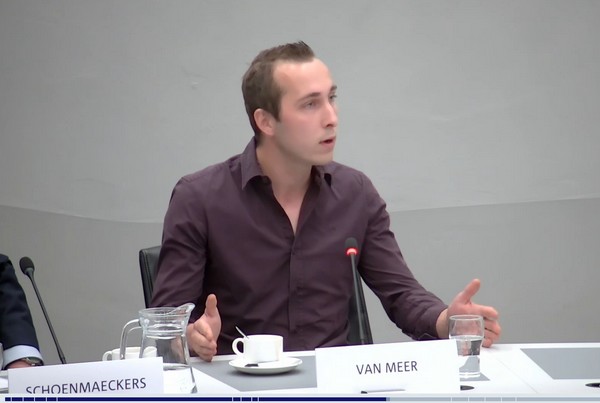 Credit insurance company Allianz Trade investigated how hard the Netherlands would be hit if Russia stopped supplying gas. In the event of a Russian gas stop, the Netherlands is one of the hardest hit countries in the EUshares Allianz in an ANP expert report.

“If oil from Russia is banned, it will be easy for the EU to absorb it if other oil countries (especially OPEC) increase production. Otherwise it’s gas. Will Russia stop supply? Then many EU countries are facing a harsh winter. Getting extra gas from one place is much harder than oil, ”says Johan Geeroms, Director Risk Underwriting Benelux at Allianz Trade.

The credit insurance company’s research department examined both scenarios, an oil and gas shutdown. Geeroms: “An immediate embargo on Russian oil imports means a gap of 3.3 million barrels a day. If OPEC increases crude oil production to levels in mid-2018, and Norway and the US also increase gear, the shortage can be overcome within two months. Oil prices will soon stabilize at current levels. “

Severe disturbance
The situation is very different with gas. “Will Russia turn off the gas tap immediately? Then the EU must take serious disruptions into account. Germany and the Netherlands are among the hardest hit countries in the EU. Several countries in Eastern Europe are also hard hit. Deploying other gas suppliers (Qatar, Algeria or Nigeria) is a difficult task. And replacing gas with other energy sources and self-rationing of citizens and businesses will not provide enough to close the hole in the gas supply.

‘Blackout’ scenario
According to Allianz Trade, EU countries hard hit by a possible gas shortage are not working adequately on an emergency plan. “We need to prepare for the battle that lies ahead and the associated economic costs. How should we absorb the extra costs? For citizens, but certainly also for companies. Which sectors are the most vulnerable and how should we help them? ”

What will happen?
Allianz Trade mentions the following initiatives in the report:

– Prepare the public for the gas shortage. Governments should invest much more in raising awareness of how households can save energy.

– Already builds gas buffers through gas savings. Governments should start saving on gas today. Think of gas rationing for public buildings or financial incentives for households to keep their gas consumption below a certain threshold.

– Make agreements within the EU on gas redistribution.

– A contingency plan must be prepared at national level. How should we absorb the extra costs? For citizens, but certainly also for companies? Which sectors are the most vulnerable and how should we help them?

Groningen
If Russia shuts down the gas tap, the Netherlands will soon run out of gas buffer stock. It is currently less than 30 percent full, according to figures from Gas Infrastructure Europe. Geeroms: “In Europe, only Austria has a small stock. If the need arises, gas can again be fetched from Groningen. Shall we do it? The point is, there is no plan. Not in the Netherlands and not in the EU. It is high time to make that plan. ” Read the full Allianz Trade report here.

BNR Nieuwradio quotes Interpolis’ monthly corporate monitor. This shows that companies fear repayment of corona aid. The Corona loan would hang over the heads of some entrepreneurs like ‘a sword from Damocles’ Read more here.

Fertilizer producer EuroChem in Antwerp is protected from its creditors until 7 July. This is stated in a publication in Staatsblad, which De Tijd reports on. Due to sanctions against the Russian landlord, the companies got into trouble. Production was halted for a while. In April, the company was granted permission to restart part of production.

Finally ‘crisis news’ with a joke. Fast food chain McDonalds is leaving Russia. Anyone who, should peace ever return, is looking for one of the familiar menus after a day of work on a greenhouse horticulture project, must look for something else. NOS writes about the departure of the yellow ‘M.