There is so much going on around money matters. In general – interest rate developments for example – and in everyone’s personal situation. You make decisions, but you do not know how they will work. In the future, everything will change: the scenario you had devised could therefore look very different.

It’s now exactly one week: I’ve finally got my electric car! I have mentioned my considerations around the purchase a few times, so I thought it would be good to tell you that the time has come. It has, after all, become a Renault Zoë, used: two years old. With a purchase battery. As one, but in a very nice shade of blue:

After much deliberation, I decided not to put the car on my company this time, but to keep it private. I thought it was a complicated decision that I’m still not convinced, but at some point you have to make a decision.

Here’s what I did: I’m going to enter my business miles from my private account in my business. This is still allowed for tax purposes for a maximum of 19 øre per. kilometer. Interesting with an electric car, because the cost is a lot lower – at least in terms of fuel. Especially if you look at the further rise in gasoline prices.

A few days later came the news that the tax-free mileage allowance will be increased: in 2023 to 21 øre, and in 2024 even more to 23 øre. Of course I really like that, it strengthens me in my decision to put the car on private.

It is also nice that with this decision I can use the subsidy that the public sector gives to private individuals when buying an electric car. They also pay € 2,000 for a used electric car, which is a nice bonus. As far as I could see, the budget is not yet complete and the grant application has been sent.

More good news came from the solar panels. However, the settlement scheme will be further expanded. Or actually: the phasing out will be postponed until 2025, when it would actually begin in 2023. That’s nice, because we’ve had solar panels on our roof for about a year now. Extra nice charge for my electric car – the charging station is ready. 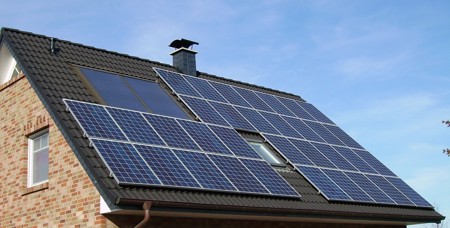 But it probably will not always use the sun’s power. There are lots of days where I do not drive, the same goes for my husband (he drives hybrid through his work, hence the charging station). And the range of Zoë is quite nice. So if it provides good money to supply power back to the grid, that is a plus. This is exactly what happens with netting: if you produce more electricity than you use, it goes back to the grid and is settled with your consumption from the grid.

The end of the netting scheme remains 2031

As it is now planned, the moment when the netting scheme is completely discontinued will remain in 2031. They do this by making the first step of the phasing-out – in 2025 – much larger, in fact 3 years of phasing out at once:

The table shows the reduction percentage – in my opinion it should be ‘netting percentage’. If the reduction was 100% this year, the scheme would have disappeared immediately. But the essence is clear: The phasing out will be exactly as planned from 2026, we will only get 100% extra for two years.

Moves with the circumstances

Will it all stay that way? The mileage allowances, the subsidies, the netting scheme … the government’s plans often change over time. Many people get angry about it, I understand. They have to move with the circumstances, so must we.

Based on current situation and announced plans

In your financial decisions, you can only take as a starting point the situation as it is now. And of the plans that are known. Whether it’s about the savings rate, the mortgage rate, the lending standards, insurance premiums, house prices, your income, the cost of it all, subsidies, surcharges and taxes.

Nobody knows what the future holds, but it is certain that changes will take place in all areas. The only thing you can do is take the current situation and announced plans as a starting point – and then move on with what is changing.