With public investment in knowledge development and research and development (R&D) and innovation, the National Growth Fund aims to contribute to the sustainability and innovation of the Dutch revenue model. To this end, it seeks innovative projects, led by parties that have the knowledge and ambition to approach things in a fundamentally different way. In the second round of allocations, the Growth Fund’s advisory committee recommends that 5 billion euros (of which 3.7 billion euros is conditional) to finance 28 of the 34 proposals submitted, four of them in chemistry: Sustainable Materials NL, Self-thinking molecular systems, Biotech Booster and Green PowerII.

“This is very good news,” said VNCI President Paul de Krom. “These are exactly the topics that play a role in the breadth of the enormous transformation that chemistry and society have embarked on. Companies, knowledge institutions and authorities can now work hard on this together. ”

If the government adopts the advice, the Growth Fund will after two rounds have (co-) financed 35 projects. In the 3rd round, it is expected that parties will be able to submit projects directly instead of exclusively through the ministries involved, as has been the case so far. It will probably lead to a wide range of new creative initiatives.

Self-thinking Molecular Systems focuses on the intersection of molecular chemistry and digital techniques such as artificial intelligence. It focuses on faster computing power and radical innovations in materials. This is done through basic research on a campus where a structural collaboration with the German Max Planck Gesellschaft is envisaged and by establishing a fully automated robot laboratory where a large number of experiments can be performed accurately using big data. In the robot lab, artificial intelligence can be used to automatically adjust experiments after each round, to develop complex molecular systems faster and on a larger scale. This allows companies to produce complex mixtures, such as self-repairing paints or artificial substances. The increase in scale and acceleration could lead to a breakthrough in new sustainable materials.

The Growth Fund’s advisory committee considers it promising to further develop the Netherlands’ excellent chemical position in this way, and the commitment to international cooperation deserves an honorable mention. There are points of attention in the preparation of the plan for which conditions have been formulated. 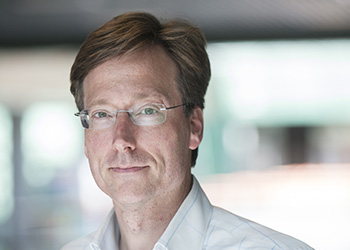 The initiator of the robot laboratory is Wilhelm Huck, professor of physical-organic chemistry at Radboud University. “It’s time to take advantage of the lightning-fast latest advances in artificial intelligence and robotics,” he said in a statement last year. Chemistry Magazine. †great chemistry offers companies much faster optimization in the formulation of eg inks, coatings, polymers, gels, personal care products and medicines. An ecosystem must be created that connects the high-tech industry with excellent research and provides space for training talents. If successful, we can accelerate the formulation of complex molecular systems for industrial applications and launch an important economic growth engine. “

GroenkrachtNL wants to help make the Netherlands a leader in the production and distribution of green hydrogen and in the synthesis of basic chemicals. Groen VermogensNL consists of Groen VermogensI, which was awarded funds in the first round of the Groeifonds, and the current Groen VermogensII proposal. The ambition is to maintain the advantageous competitive position for our energy-intensive industry by realizing green hydrogen projects of at least 100 MW and creating a location for new industry. Three to four large-scale electrolysis demonstration projects will be partially funded through tenders. Producing hydrogen from national sustainable sources prevents the Netherlands from becoming completely dependent on foreign producers. In addition, efforts are being made to strengthen the innovative hydrogen manufacturing industry. 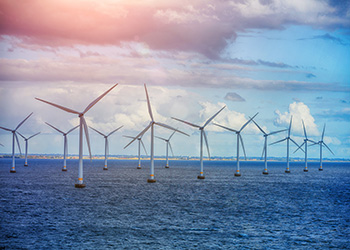 The Advisory Committee is convinced that this consortium, with this approach, will provide a valuable impetus to the transformation of our energy-intensive industry and recommends an allocation of EUR 500 million (half of which is conditional).

“Costs need to be reduced and energy efficiency increased,” said Paul de Krom, a member of Green Power’s three-man program board, who took office on February 14. “The program is partly aimed at together with the partners in the area. What worries me is the speed. The proposal was written two and a half years ago, and so far nothing concrete has happened. The lead times are far too long. It is also a new instrument on top of other existing instruments, so you need time to find an effective and efficient way in the performance. In any case, it should be much faster. This is therefore at the very top of the program management. ”

According to De Krom, the Netherlands is ideally located for hydrogen production. “With our infrastructure, knowledge and position on the North Sea, we can take on a leading role. But other countries are also working on it, and that is also why there must be speed. The speed of implementation has to do with infrastructure, with the availability of green energy, with permits. The whole system must be right. It is a huge job, but we can do it. “

The main goal of the Biotech Booster is to increase the benefits of scientific research and strengthen the Dutch biotechnological ecosystem. Biotech Booster closes the chain from knowledge to innovation by establishing a process that consists of three consecutive phases to turn a good idea into a full-fledged company: Trusted Communities, Biotech Innovation Program and Scale-out. 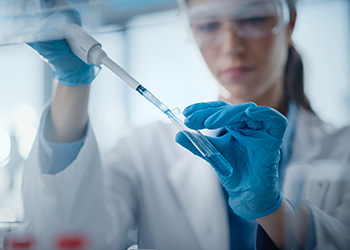 The Advisory Committee is impressed with the problem analysis and approach. The proposal has a good focus on the problem of knowledge valorisation in biotechnology. In addition, biotechnology is a key technology where the Netherlands has excellent credentials. The right experts are also at the table with international experience in valorisation and entrepreneurship. Finally, there are many different sectors where biotechnology can be used, such as healthcare, agriculture and chemicals. Despite the criticism surrounding the co-financing and interpretation of the Entrepreneurship Panel and the Board of Directors, the ingredients are present, according to the Advisory Committee, to make this proposal a success.

Sustainable MaterialsNL connects three material clusters: energy materials, building materials and circular plastic. It wants to play a leading role in the development of sustainable and circular materials and materials uses to strengthen the Dutch economy while reducing CO2 emissions.2neutral and circular. Twelve demonstrators will be built around the three material themes, aimed at developing, testing and applying specific sustainable material innovations. In addition, there are overall development programs and facilities in so-called cross-connections. 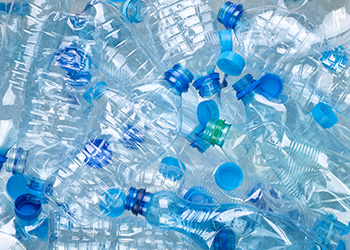 The Advisory Committee considers it an important societal task to make the materials sector more sustainable. In addition to focusing on social benefits, the proposal also aims to give the Netherlands a significant economic boost. This combination is strong and problem-free in accordance with the Growth Fund’s goals. However, the committee finds the current approach too large-scale. The three materials sectors and the twelve demonstrators have limited coherence and therefore a limited potential reinforcing effect. The controllability is also very complex. In addition, the Dutch starting position is not equally convincing in all areas. The committee advises positively on the circular plastic component, which is why the price is intended.

Brightlands Chemelot Campus contributes to the proposal with Brightlands Circular Space (BCS). SABIC, Maastricht University, TNO and Brightlands Chemelot Campus are working together on further development of infrastructure for pre-treatment, upscaling, design of and for circular materials and development of applications based on post-consumer recycling. In this way, BSC connects two worlds: academic and business innovations and commercial upscaling. The goal is to set up the circular plastic value chain concretely and develop new technology to upscale the production of circular plastic and other materials.