Tholen – Three days with GreenTech are over. Prior to the fair, there was some doubt about how well-attended and how international the fair would be, but soon everyone enjoyed themselves at RAI in Amsterdam.

Again yesterday, when the show floor after a somewhat stiff start (it must have been the drinks on Wednesday night) quickly filled up again. The last rounds of the fair were gone, the last cups of coffee and beer were drunk, here and there a shop was closed and also the last pictures taken.

Next Monday, we will publish all our photos traditionally in one big photo report. Then everyone can see for themselves who was present. For now a few observations, which sometimes thanks to trade fair visitors for these insights.

Compact
The Netherlands is proud to be the center of international greenhouse horticulture, especially when it comes to technology. In recent years, GreenTech has worked to bring all the technological parties together with their innovations on one exhibition floor. Judging from this edition, it has succeeded well after a corona discontinuation. Three halls were well filled with more than 450 exhibitors.

It was convenient that the setup was a little more compact due to other halls. The set-up was more inviting to really look everywhere, without having to put on running shoes right away. For the next edition, the numbering of the stands could be even better. Now that was sometimes something of a quest. As a result, a paper card was missed by visitors, despite the fact that a well-functioning interactive card was available on the smartphone.

After walking around, some pointed out that there was still a lack of companies in certain segments, for example in the substrate corner. Several companies that were there in previous editions were not there now. Nor were all breeding companies able. The greenhouse builders, on the other hand, were (almost) all present. 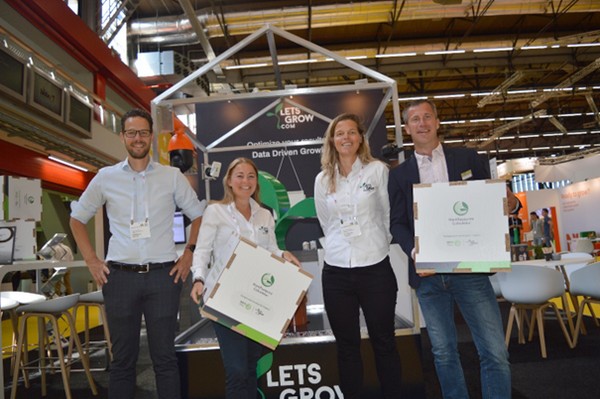 A free HortiFoot print analysis could be won at LetsGrow.com

Innovation
More than at other fairs this year and last year, innovations were also exhibited. Companies have done their best for GreenTech to be able to present something. The robots caught sight of the show floor, but all sorts of other innovations were also reviewed, from surfaces to lighting and from cooling and dehumidification to, of course, energy saving and sustainability. They are in the big picture report, insofar as they have not already been presented on our channels recently in Special GreenTech. 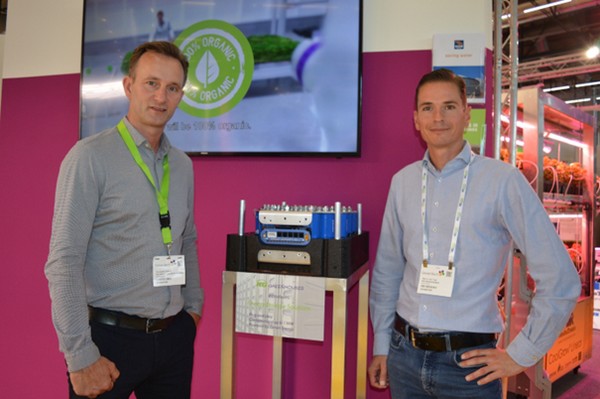 Bernardo Greeve and Marco van Trigt from KG Greenhouses and KG Systems by a battery for storing electricity at times when direct use of electricity is not practical. The stored electricity can be used at a later time. In one corner of the booth, the companies introduced visitors to the technology that is (almost) ready for market introduction.

International
Anyone who stood at the exit for an hour, or stopped at our booth while picking up our new international greenhouse guide, was amazed at how many different countries people had come to Amsterdam. Corona, busy times in the middle of the season in the greenhouse, several events at the same time (IPM Essen, for example, was also held this week) or fear of chaos at Schiphol did not surprisingly stop many Americans and Canadians from coming.

They said they sometimes met in Amsterdam for the first time in three years. Combined with a visit to the ‘world-famous’ Amsterdam, a bus ride along companies in the Netherlands and the opportunity to meet all the major technology players at the fair, it created a lot of enthusiasm among them.

Visitors from countries such as Australia, Iraq, India, Scandinavia and the Middle East were no less enthusiastic, and yet visitors from e.g. Asia. Dutch and Belgian visitors, and certainly breeders, were scarce. The season does not help, and the same means that a large part of the growers are in ‘survival mode’ due to the energy crisis. This was no different at previous fairs this year. 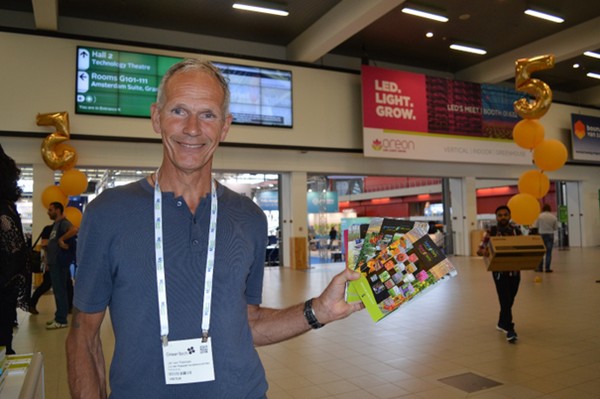 Crop advisor Jan van Paassen did not go home empty-handed. The manuals went over the counter like hot sandwiches

Businesses without a booth that went around were sometimes pleasantly surprised at how big the fair was, especially after the last few years saw the corona edition and saw it as a reference for the GreenTech concept. We heard several times that they ‘will definitely be with next year’. We will experience this on 13, 14 and 15 June 2023. Let us first consider the edition, offer requests and business cards of the 2022 edition. And the pictures that all show up on Monday. Good weekend!