The entrepreneurial story behind Firefly started with surprise with founder Frank Visser. How is it possible that one LED light is much more economical than another?

Visser tracked down the most economical technology and boarded a plane to China. After discussions with almost fifteen companies, the almost 20-year-old entrepreneur chose the most suitable production partner.

Visser had been rejected as a fighter pilot a year earlier – in the final stages of training. He did not know what to do for a while and started on a teacher training. One night he was at the pub with some fellow students when a bottle of Jack Daniel’s whiskey gave him an idea. Wouldn’t it be cool to turn it into a lamp?

A DJ friend in the student café helped Visser with a stable supply of bottles. These were cut and processed into lamps every weekend, provided with logos if desired.

The technology proved to be too expensive and time consuming for a sound business model. But it gave Visser a fascination with light. ‘I have always felt the urge to contribute to a better world,’ says the entrepreneur. ‘When I started looking at LED lighting, I saw a good opportunity to combine the two.’

Visser checked in with companies and sent the first offers. Despite the fact that the economic lamps are quickly earning themselves back in terms of electricity costs, the relatively high investment proved to be a barrier. The entrepreneur therefore decided to tilt his business model towards a monthly payment or installment, based on a lower energy bill.

LED lighting that is more economical and smarter

The lamp that Visser developed is not only more economical than other LED lamps, it is also smarter. Firefly equips its lamps with electronics so that they can become ‘biodynamic’ (see box below).

This means that the lighting takes into account the human biological clock. Warm in the morning, bright in the afternoon and somewhat warmer at the end of the day. “It turns out to be good for productivity, and it makes you sleep better,” Visser says.

The combination of lamps and electronics opens up a world of possibilities, he explains. For example, connect LED lights to fire detectors, and you can adjust the light in such a way that when those detectors go out, all the lights turn red and the escape route turns green. ‘Then your lighting suddenly helps in case of fire and can save lives.’

Our solution is on average 60 percent cheaper

With his company, Visser has since made hundreds of businesses more sustainable, including offices, distribution centers, dental practices, sports venues and healthcare. With almost 30 man-years and a turnover of between 5 and 10 million euros (2021), the 25-year-old entrepreneur continues to grow well. Visser (CEO) shares the day-to-day management of the company with his brother Hugo (COO).

Firefly, located in the South Holland greenhouse area (De Lier), also delivered a few projects abroad, but according to Visser, there is still plenty to do in the Netherlands. »Only less than half of the companies have LED lighting. Quite bizarre indeed. ‘ 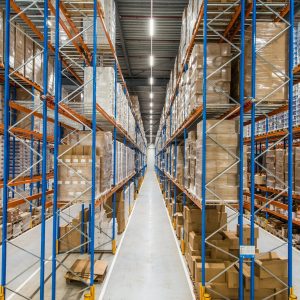 According to Visser, companies that have not yet switched can save an average of 60 percent on their lighting costs.

‘If a company now pays 1000 euros a month for ordinary light, we offer it for 400 euros a month. As a service, ie without investment or conversion costs and including installation and maintenance. It is the fastest and greatest sustainability saving a business can make. With solar panels or wind turbines, it takes much longer. ‘

‘Oh yes, Firefly stands for firefly’, he hurries to say. ‘A firefly emits light without producing heat. In addition, fireflies communicate with each other through light. To smart-I would also like to achieve an effect with our lighting. That’s my dot on the horizon. ‘

Too much exposure to (non-variable) artificial light can interfere with your biological clock. Biodynamic lighting seeks to remedy this by mimicking the effects of daylight. Changes in light intensity and color during the day control the production of dopamine, serotonin and cortisol. These are hormones that affect motivation, concentration and performance.