A German company sometimes pays employees who do work in the Netherlands compensation afterwards to compensate for the (higher) Dutch payroll tax, so that they get the same salary as if they had only worked in Germany. The Zeeland-West-Brabant district court determined that the tax and customs authorities had rightly collected payroll taxes from the back payments. The Netherlands is taxable because the supplementary payments are directly related to the work performed in the Netherlands. Non-compliance and fines for negligence have also been rightly imposed. 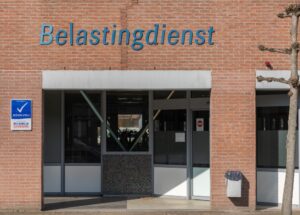 With regard to the years 2012 and 2013, the Dutch tax authorities initiated a due diligence with the German company about the acceptance of the salary declarations. The Tax Agency subsequently decided that the late payment constitutes salary to the employees and that payroll tax should have been paid on this in the Netherlands. Additional assessments were therefore imposed for payroll taxes, negligence fines and non-compliance fines.

The German company filed a lawsuit about this. It is the court’s view that the Netherlands’ right to collect taxes in respect of the back payment is not limited by the tax treaty with Germany. It is equal to the tax authorities and the court considers the following to be important for this.

The company’s claim that the back payment is calculated and paid out before the employees have returned to Germany – whatever that may be – cannot lead to a different conclusion either. The time of payment is not relevant for the assignment of the taxing right.

Furthermore, in the court’s view, it is also irrelevant that the German company believes that the employment contract is drawn up according to German law and that there is a German employer. Whether a remuneration is related to the work in a specific country must be assessed based on the actual situation, and it is not the law under which the employment contract was concluded or in which country the employer is established that governs.

On the basis of the foregoing, the tax authorities correctly collected payroll taxes as far as the late payment is concerned, the court ruled. In that case, the parties will not dispute the amount of additional payroll taxes.

The court found that the non-appearance fines and the offense fines were properly imposed. However, the duration of the proceedings at court gives rise to an ex officio moderation of the fines, because the reasonable period for dealing with the cases in the first instance has been exceeded.